Ok, let me start by saying I totally intended to post on here way more regularly…. but I’ve been soooooo busy!!!! Ha ha ha  here’s how my last two weeks have been.

First of all, let me show you a picture of my and the one who I call “Pal!”  She is my cousin, Lena, and a mere 11 months older than me.  Everyone says we should have been twins, because we have a bond like that; so close that we are eerily on the same page at all times! ha ha ha  I love her to pieces and we rarely get to spend any time together.  This picture was taken on my recent trip to California. 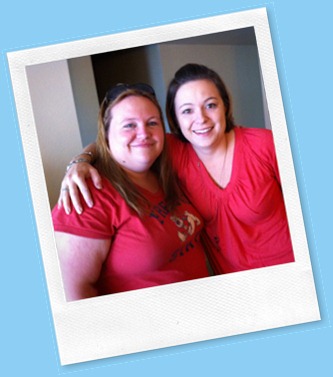 Now… let’s get down to it!  The past two weeks have been rought with illness (just colds, thank goodness!), birthdays, baking, and even a few cards.  Let’s start with the illnesses off of that list, shall we?
Evan got sick… not super bad sick, just that “Momma I’m miserable,” type of sick.  For my 5 year old to hang out on the couch for 3 days… that’s like WOW!  But really all he did was snooze and cough, cough and snooze.  My husband went to the store and purchased Cars 2 foe him, so he watched it a record 5 times in a row that day!  Then took it upstairs and put it in his DVD player and watched it again all night long!!!! to say it’s his new favorite movie I think is a gross understatement. 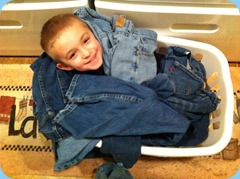 Evan isn’t a bad sick kid, he’s not super needy and takes his medicine well… however, his gag reflex is posted on the back of his tongue I swear!!! He coughs 3 or 4 times in a row and he’s gagging like he just drank a carton of chunky milk!!! Of course he falls asleep on the couch at night, and I pick him up to take him to his bedroom upstairs, tuck him in, and he starts hacking in his sleep…. ugh.  So, this mommy totaled about 7 hours of sleep for that 5 days.  Lovely.
Now Bear is sick.  He’s going to work, but stiffly and coughing and all of that good stuff.  Funny enough, he’s harder to take card of than the little man…. you have to create and elaborate Ponzi scheme to get him to take some dang Nyquil, and heaven forbid you request he take some Robatussin or something like that…. Gasp!!!
On to better things; BIRTHDAYS!  Yeah, I’ve been busy making birthday cakes for kids all week.  Here’s a few: 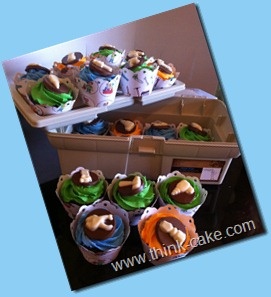 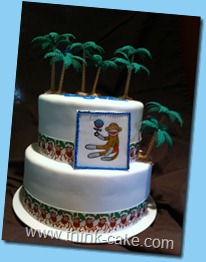 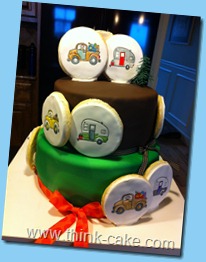 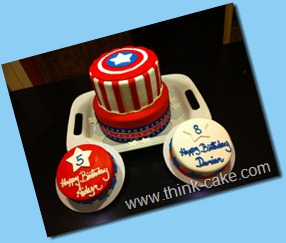 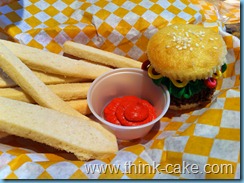 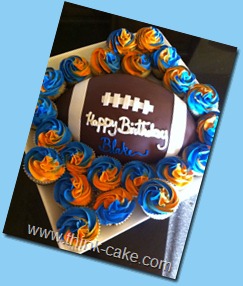 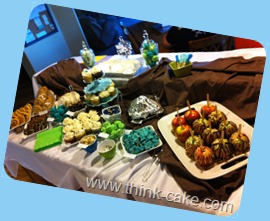 I did manage a dessert buffet for my birthday party.  We watched the UFC fights (immensely disappointing as GSP got hurt and didn’t fight!!), and just hung out and gorged ourselves on sugar!  That’s why people like me, if I invite them over, there’s usually sugar involved! ha ha ha  I sent everyone home with bakery boxes FULL of stuff, and we still had enough to cure even the most persistent of sweet tooth cravings for a week! Ha ha ha!  Go big right?!?
Now, I’ve been baking for the Seasons Boutique.  It’s a crafters show in a model home over in Rockwell Village here in Nampa.  They are expecting a cubic ton of people, so I haven’t left my kitchen for a loooonnnnggg time!  Here’s a few things that you can find at the Think cake booth: 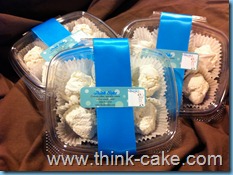 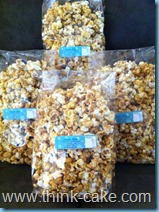 Along with a gagillion truffles, and chocolate dipped gummy bears and cookies.  Right now my car is like Willie Wonka’s factory on wheels! So, if you value sugar more than money, go on and break in, I dare ya! ha ha ha!

After doing all of this stuff…. My Pal and I decided we needed a mental health moment… so we broke out our smart phones and ink and participated in a long distance ink session.  She is making some cards to sell at the Think cake booth at Seasons (look them up on Facebook if you want to see hours and location).  So, we decided to have some Christmas card Show-downs!  here’s a few that I made; 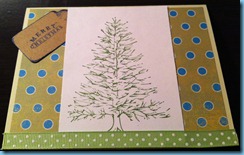 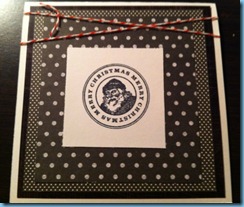 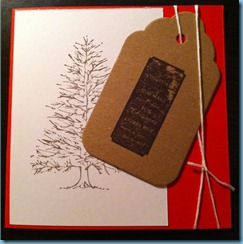 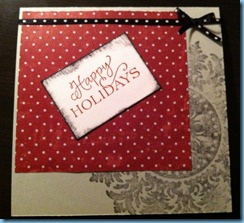 Not too shabby for not having made a card for like a month!  It was fun to spend some time with Lena, even if it is long distance… but we still get to craft together, and that’s what’s important here!

I have a super duper big secret that I’m holding inside, and I’ll let you all know soon… you have to keep reading my blog though and you’ll know by the end of this month!  It’s exciting (for me) and I’m giddy about it! ha ha ha No, it’s not a kid! geeze people, get your brains out of the gutters!!!! ha ha ha
Well, I better get my day started.  I have 11 thousand pounds of candy to label and price and I need to make sure I have everything for this Boutique!
I hope you all have a wonderful day, and enjoy the frigid temps! It’s stinking coooolllldddd out there!  Grab a cup of Joe or Cocoa and think snow!!!!  See ya all soon!!!!
Oh and one more thing… there’s blog candy in the near future… and with me… blog candy is… actual CANDY!!! ha ha ha so, check back soon and bring your friends!!!
- November 09, 2011